NicoNote and producer Wang Inc. present LIMBO SESSION Live, a concert of improvisational music, between electronic voice and poetry.
NicoNote is performer and singer already a guest in Graz in several past editions of Interpenetration, she is a transversal artist with a sparkling talent from her beginnings with Violet Eves, to the nights at Morphine Privée at Cocoricò and up to Romeo Castellucci’s theatre. Wang Inc. is an electronic artist, extrapolating synthetic sounds and rhythms from digital machines and analogue synths. Recently NicoNote and Wang Inc. produced Limbo Session Vol. 1 released by Rizosfera / Rough Trade. The result of their ‚dialogue‘ is an auteur sound laboratory, a powerful and visionary journey suspended between poetry, experimentation and dancefloor.

Limbo Session is an improvisational sound performance project designed by NicoNote. This is a liveset that includes moments sung and played live mixed live, in her  indefinable style, with several musicians that she is inviting, everytime some different featuring.
Creative atmosphere of refined and not attributable to an encoded genre NicoNote offers her universe ranging in her personal archives also mixing them with her voice. The Live set is gradually developed as a sound stream and becomes a indefinable Concerto of sound and Atmosphere. Guest musicians on stage, mix sounds together with NicoNote. A vivid, psychedelic, original, exciting set. Unique . Sound Performance & Atmosphere /Live Set Electronics
Limbo Session I is the latest work by NicoNote and Wang Inc., the extraordinary performer and singer whose voice and sparkling talent we all have admired since her debut with the Violet Eves and the nights at the Morphine Privée at Cocoricò up to the theatre of Romeo Castellucci. Wang Inc. is an electronic artist, a synthetic extrapolator of sounds and rhythms from digital machines and analogue synths. The result of this ‘dialogue’ is a sound laboratory of authors, a powerful and visionary journey suspended between poetry, experimentation and dancefloor.
Website NicoNote
Website Wang Inc. 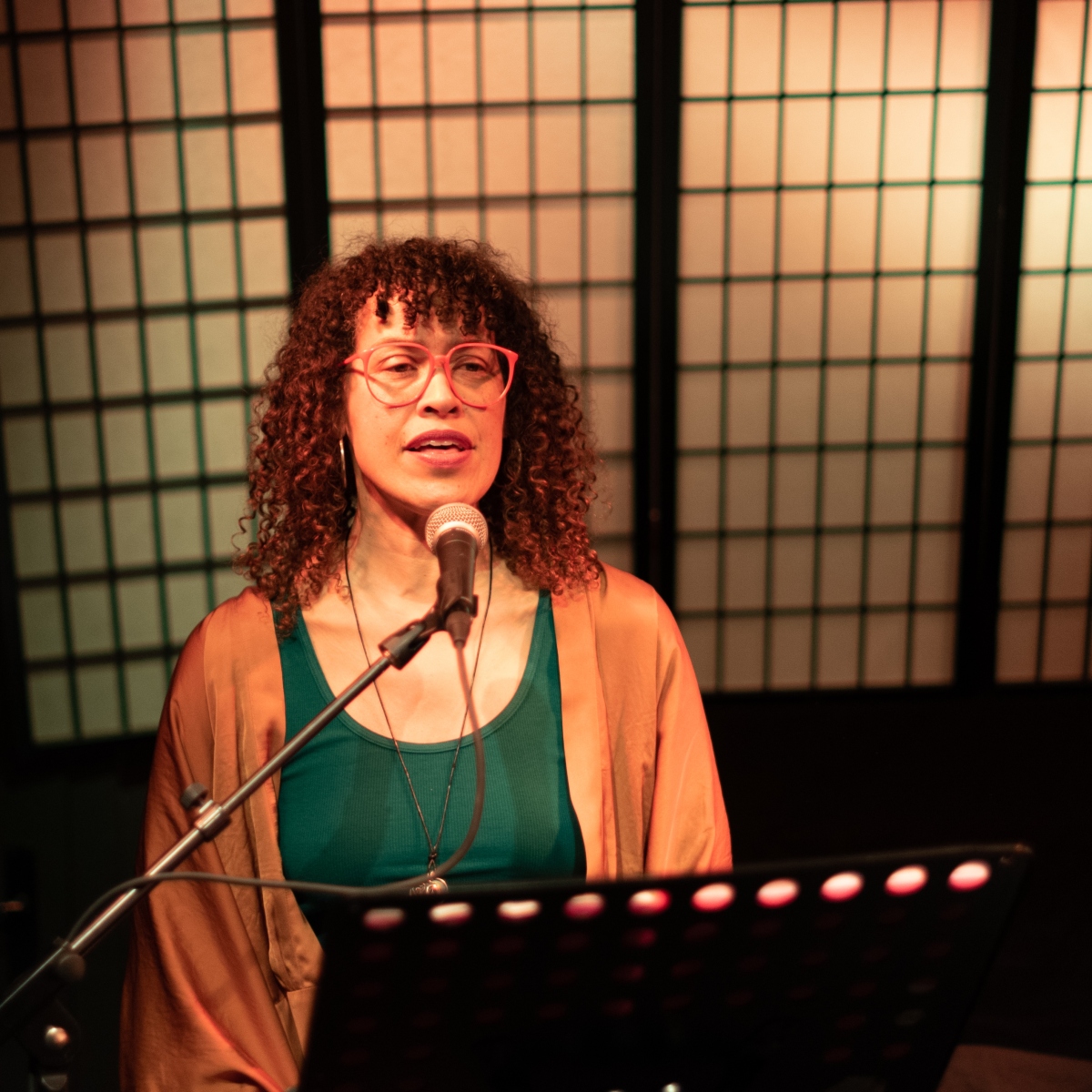 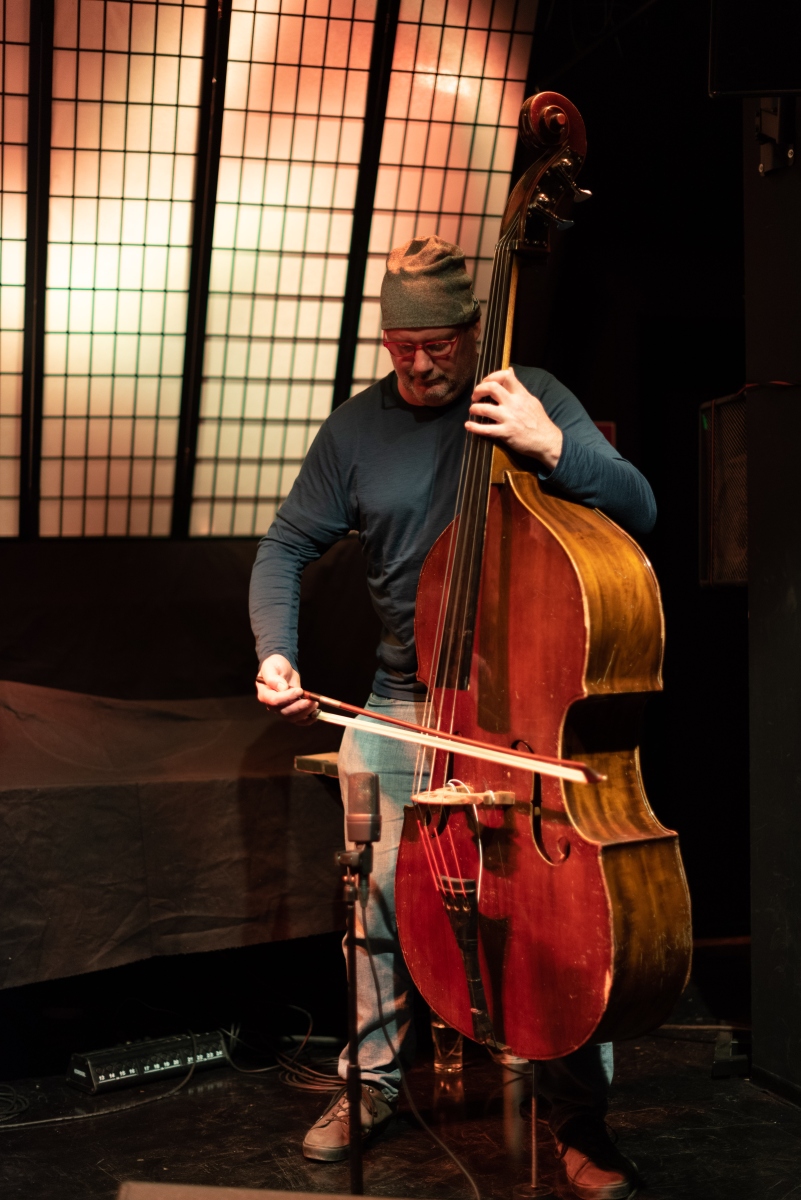 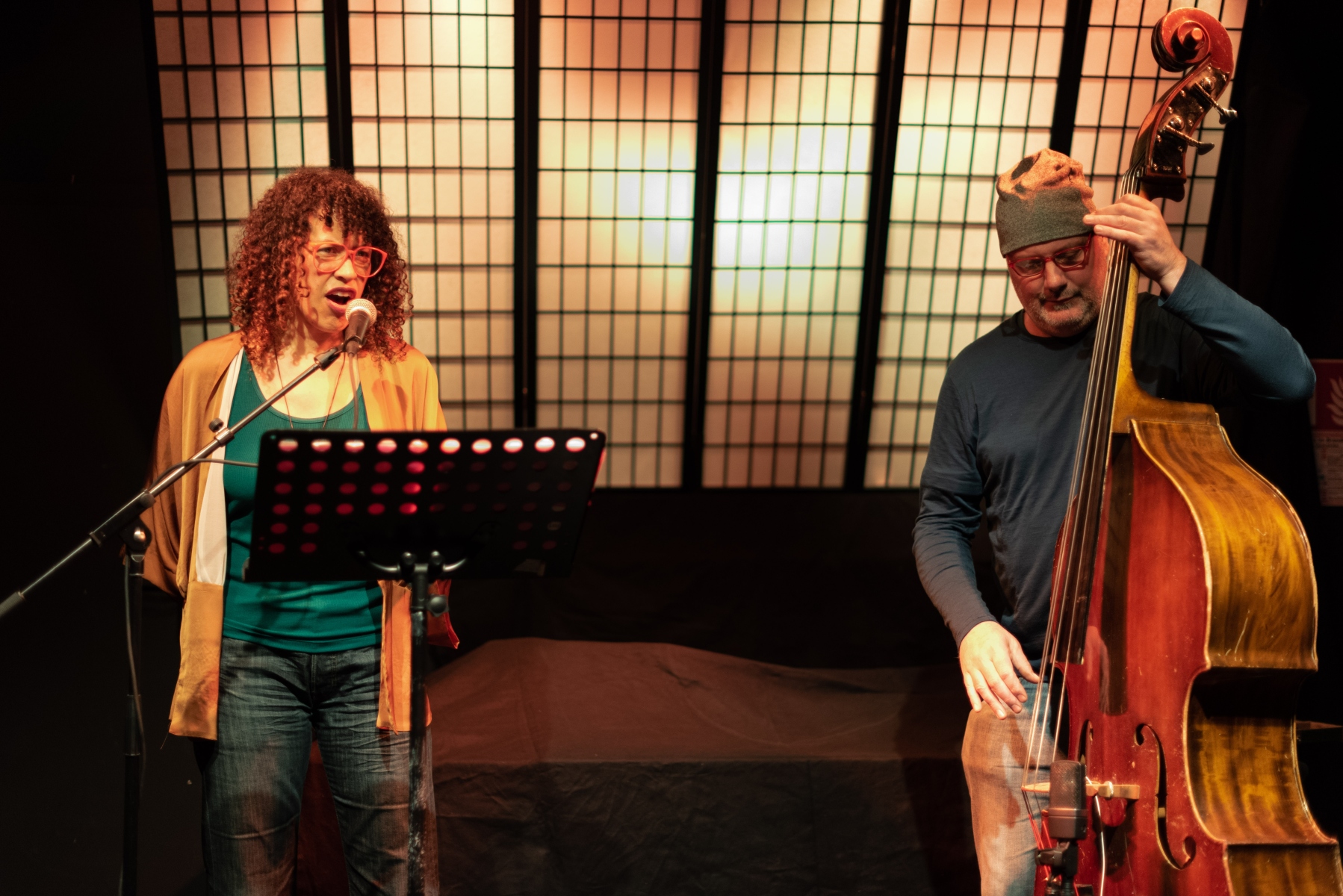 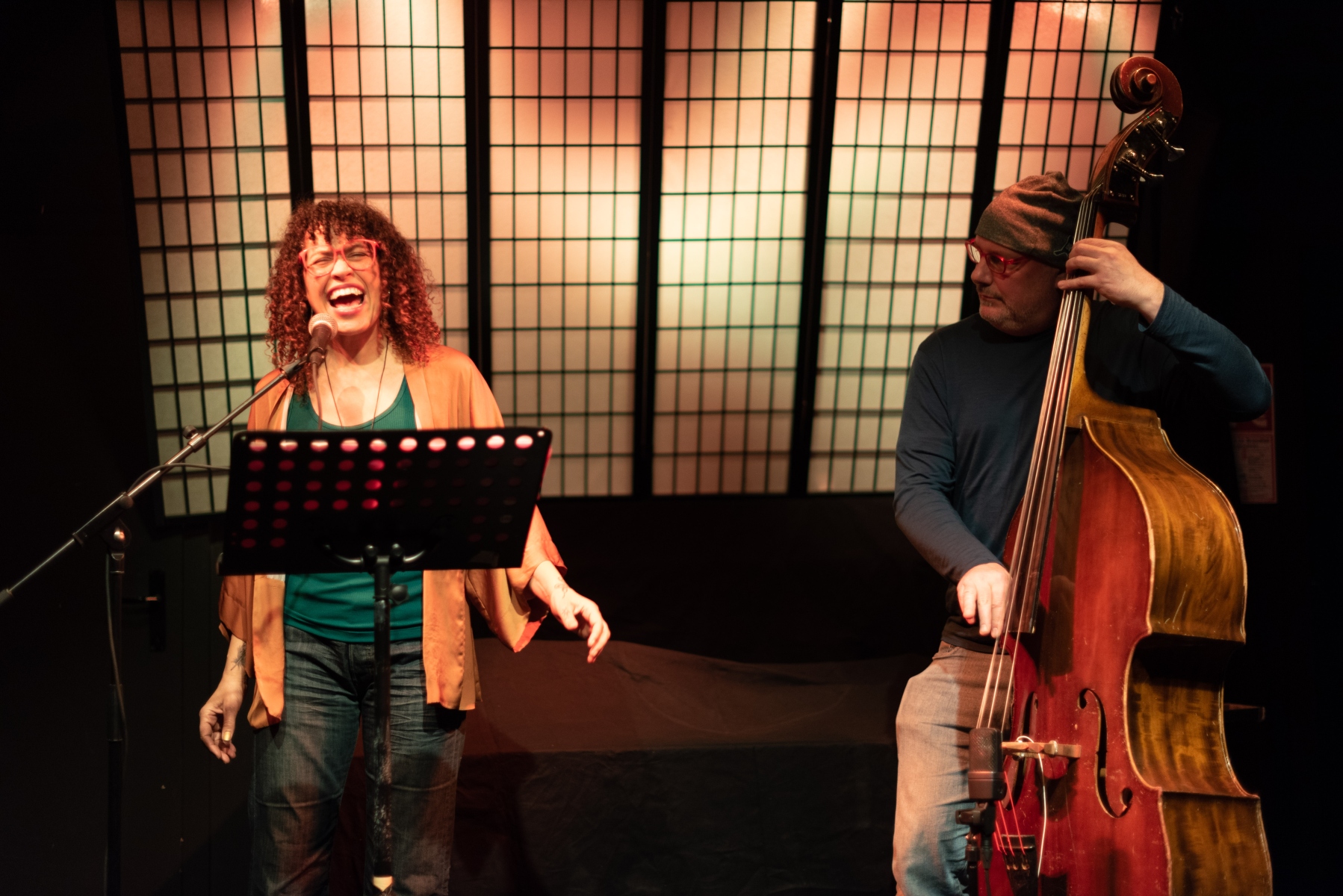 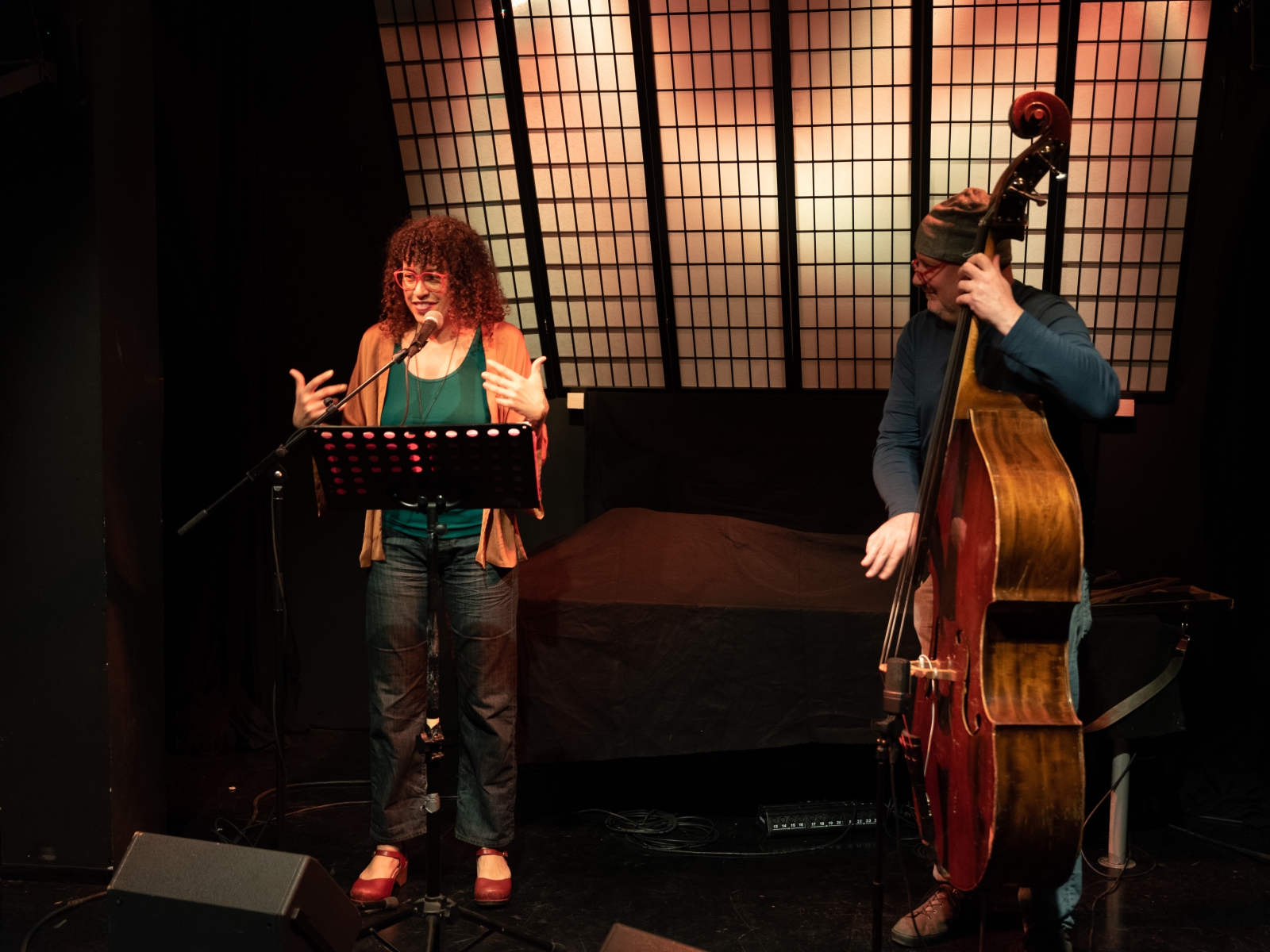 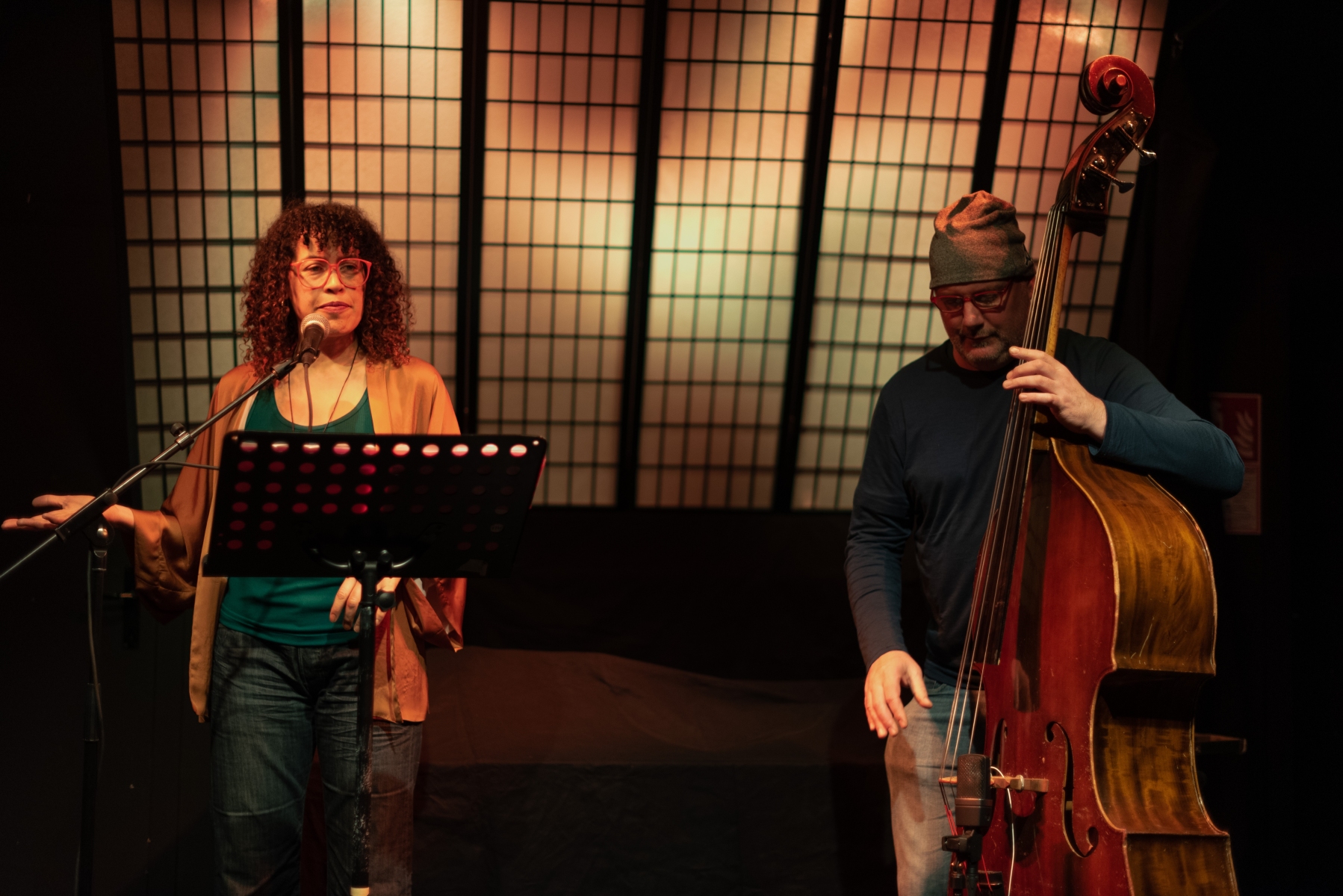 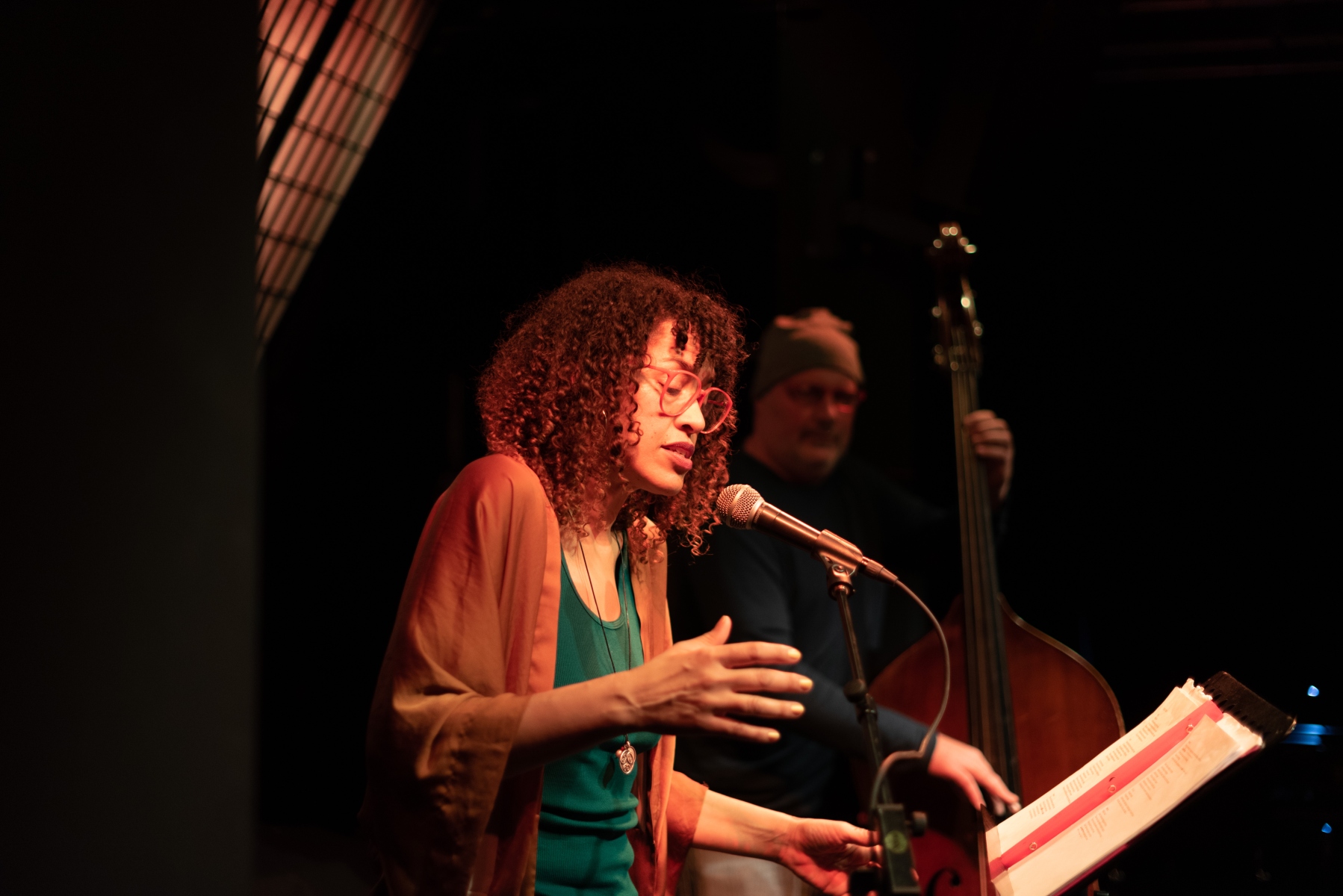 SILVERVEST is the duo project of Nic Caloia and Kim Zombik that cruxes intimacy at the heart of their vibrant and melodic compositions.  Playing in the field of jazz and jangling, storytelling, pop, and soundscapes, Silvervest offers fresh music that is intuitive and potent. Their creations have structure yet allow Kim and Nic to follow their ears into wider musical spaces. The duo, ever open to possibilities, explores the nuts and bolts of humanity’s mortal coil with tenderness, humour and tunefulness.

Kim Zombik is known for her unembellished, poignant style, twice nominated as one of top ten “Best Female Jazz Vocalists” by Japan’s SWING Journal Jazz Magazine. With over 12 albums, one can hear her evolving path through pop, choral, funk, jazz and her new studies of Indian Classical singing. Kim aims to create music that brushes the heart with honesty and pleasure. She has performed in the Montreal International Jazz Festival (2005, 2009, 2014), the L’OFF Jazz Festival (2014, 2018), the Ginza Jazz Festival (Japan 2007), the “New York Blues” Festival in Siberia (2008), as well as toured and recorded with 90-piece New World Orchestra in Japan (2009 under Joe Hisaichi). Kim has opened for Parliament Funkadelic, Maceo Parker, Jimmy Cliff, and sung with Olu Dara and William Parker. Since her move to Montreal 17 years ago, she heads her own jazz trio, and explores movement and sound with Lilith Dance company.

Nicolas Caloia is appreciated for his musical integrity, and his wide-open ears. He has been active in Montreal as a bass player, composer, and organizer since the early 1990s. Caloia’s music can be heard in ongoing collaborations with Tristan Honsinger, Joe McPhee, Matana Roberts, Malcolm Goldstein, Lori Freedman, Kim Zombik, Sam Shalabi, and Jean Derome or in past projects with Roscoe Mitchell, Marshall Allen, Steve Lacy, Hassan Hakmoun, William Parker, and Pandit Hariprasad Chaurasia. He has fulfilled composition commissions from the Quatuor Bozzini, Tour de Bras, Productions Super Musique, FIMAV, Radio Canada, and CKUT 90.3 fm. He tours internationally with “In the Sea”, a string trio with Tristan Honsinger and Joshua Zubot, or with Mercury – a duet with Lori Freedman. Nicolas has composed for and led many ensembles including 20 piece, Juno and GAMIQ nominated Ratchet Orchestra.